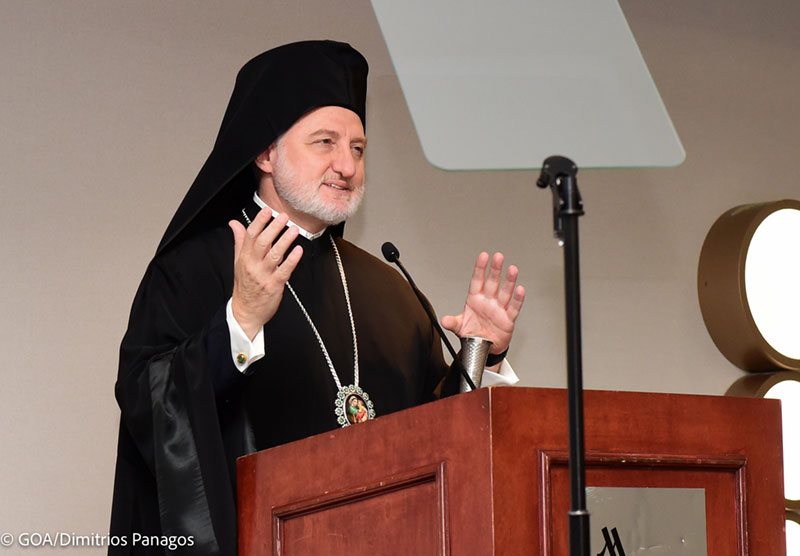 More than 150 young adults gathered at the Marriott Marquis in New York City this morning for the YAL National Conference, which returns for the first time since 2001 with a focus on faith, fellowship, networking, and fun, as well as educational panels on topics like mental wellness and the Eastern Mediterranean.

Remarks from YAL Co-Chairs Konstantine Ouranitsis and Harry Koulos opened the day, followed by addresses from the Ambassador of Greece to the U.S., Her Excellency Alexandra Papadopoulou, and the Consul General of Cyprus in New York, Mr. Michalis Firillas.

Ambassador Papadopoulou said, “Your presence here today is testament to your close connection to your culture and religion. Testament to your appreciation of the world your ancestors passed on to you....It is up to you to continue […] this legacy and to bring it to new heights of relevance and innovation, imbuing it with new ideas and initiatives that will make these institutions an integral part, a vital part, of the Greek-American community as well as the broader society.”

Her words echoed the themes of “Legacy, Renewal, and Unity” of the GOARCH Centennial Clergy-Laity Congress, which begins tomorrow, July 3. In fact, in a virtual message to the YAL participants, His All-Holiness Ecumenical Patriarch Bartholomew noted the concurrence of the YAL conference and the Congress:

“It is a source of inspiration and instruction for our entire church in the United States of America that your conference is being held in the same vein, at the same time as, but also in conjunction with the Clergy-Laity Congress and the National Philoptochos Convention. But how could it be otherwise? How could the ministers and members of your Archdiocese-- its hierarchs and delegates, its clergy and laity, men and women, administrators and pastors—possibly convene without at least remembering, if not consciously recognizing, the aspiration, promotion, and continuation of the sacred work lying in the hands and in the hearts of the young men and women who are already shaping both the present and future of our Church?” [View Video Message] 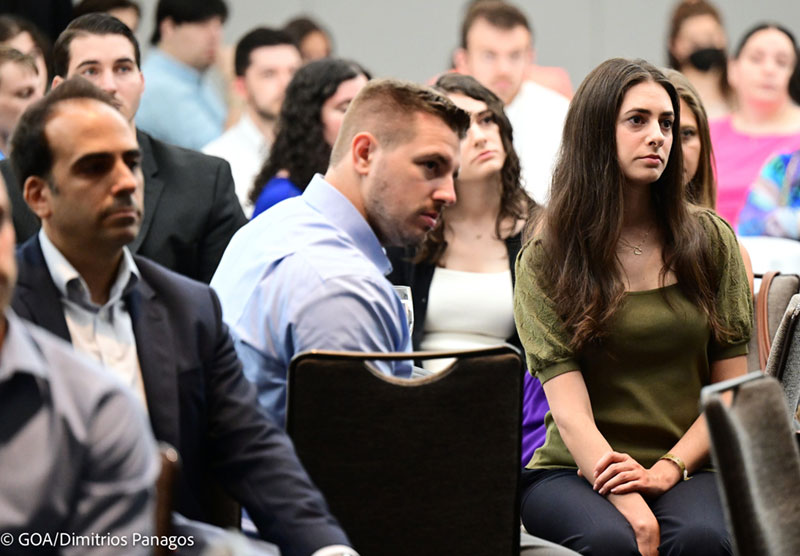 Representatives from the Ecumenical Patriarchate, Their Eminences Elder-Metropolitan Emmanuel of Chalcedon and Metropolitan Prodromos of Rethymnon and Avlopotamos, were also present.

His Eminence Archbishop Elpidophoros then offered the Keynote Address, stating, “In all these conversations, I would like to encourage you to use your critical thinking to advance your faith.... All of you here represent the most educated and sophisticated generation the Church has ever seen. And we cannot ask you to abandon the experience of your learning and training in the things of this world.

“Rather, we invite you to use your competencies in the service of the Faith – not by setting Heaven and Earth in opposition to each other, but rather learning to transform the mundane into the celestial.

A presentation by the Reverend Protopresbyter Andreas Vithoulkas on the St. Nicholas Greek Orthodox Church and National Shrine followed.