Are We Doing Ministry Correctly? Reflections on the Direction of Our Work

Dorothy Day was a Catholic social activist. And a Cardinal once described her as trying ''to live in such a way that one's life would not make sense if God did not exist.''

This is the sort of description that should apply to every Christian’s life.

After all, as Saint Paul wrote, the Gospel is something that doesn’t quite make sense in light of the wisdom of our time: “We proclaim Christ crucified, a stumbling block to Jews and foolishness to Gentiles.” (1 Corinthians 1:23)

Phrased even more simply: “the message about the cross is foolishness to those who are perishing, but to us who are being saved it is the power of God.” (1 Corinthians 1:18)

If individual Christian lives shouldn’t make sense without God, then the same should apply to Christian activities and ministries.

So, do our ministries make sense without God?

The Shape of Our Ministries

I grew up in the Church. I was an active participant in parish youth groups, athletic events, cultural activities, Sunday School, etc.

Yet we all know that the Church has a problem: young people are increasingly disaffected and disengaged from the life of the Church.

Young people are increasingly of the opinion that their lives “make sense” without God.

Is it because the ministry that shaped them made sense without God?

I’ve given talks to thousands of young adults across the country, and have been blessed to speak face-to-face with hundreds of them.

When young adults share their stories, I’ve noticed a common thread. It was incredibly obvious when I met Catherine.

Catherine is in college. I met her in New York during a young adult event.

We were going around the room, sharing our stories and struggles. As Catherine spoke, everyone in the room began nodding in silent agreement.

Catherine described growing up in the Church. She was active in everything: from Sunday School to the parish dance group. She played on the community’s basketball team and never missed a youth event.

Yet, as soon as she graduated high school, her relationship with the Church dissolved. She joined several different clubs and groups. As soon as she heard that there was an Orthodox young adult event in the area, she made sure to attend.

As she described her journey, one thing was clear: Catherine was desperate to belong to something.

And she never felt like she belonged to the Church.

How can someone who was active in literally every program the Church offered feel so disconnected from the Church?

There’s a scene in the movie The Shawshank Redemption that may help clarify the question.

The movie takes place in Shawshank State Prison. And Brooks Hatlen is an elderly prisoner, someone who was locked up as a young man.

Unexpectedly, Brooks learns that he’s been paroled at age 73, after over 40 years in prison.

Yet he isn’t pleased with the news. Instead, he holds a knife to another inmate’s throat and threatens to kill him.

One of Brooks’s friends is confused by this reaction: why isn’t Brooks happy to finally be a free man?

Another inmate soberly responds: Brooks has been institutionalized. He’s spent so long in prison that he no longer knows how to live as a free man. There is nothing connecting him with the wider world.

After all, what’s a prisoner without prison walls?

And what’s a GOYAn without GOYA?

Ministry as a Garden

When I was young, my grandmother kept a beautiful garden. It was of all kinds of fruits and vegetables, including tomatoes.

I noticed that, when the tomato plants were young, she would tie the plants to sticks she placed in the soil. The stick, she explained, was meant to help keep the plant from falling over while the stem was weak.

When the plant was strong enough to stand on its own, she would remove the stick.

It seems to me that, if our ministries are the “sticks” being used to support our young people, they’re not helping our children learn to stand on their own.

People like Catherine can spend over a decade in a variety of youth programs. They spend years participating in activities, attending events, etc. And, at the end of it all, they seem completely ill-equipped to be healthy members of the Church.

They seem just as institutionalized as Brooks Hadley, completely unable to survive outside of the walls of their youth programs.

Thus when GOYA goes away, so do the GOYAns.

Do We Need More Programs?

Yet a simply desire for more will not address the real problem.

Young people climb the ladder from HOPE to JOY to GOYA, moving from one program to another. They spend years learning how to be good participants in these programs, and yet never develop the ability to function as Christians in the Church.

Absent a program to prop them up, our young people find the Church to be uninteresting at best, or completely foreign at worst. Without the threat of being benched during the Basketball Tournament if they don’t show up for Liturgy, they have very little buy-in.

And, because kids may jump through this hoop and show up for Liturgy while they’re in the program, we may feel that we’ve facilitated good ministry.

Based on our perceived successes with youth programs, our knee-jerk reaction is to make more programs. Programs for college students! Programs for young professionals! Programs for old adults, and then elderly adults!

Programs from the cradle to the grave!

Investing time and effort in young adult groups may, on a surface level, appear successful in the short term. But what happens after a person ages out of this program?

All we’ve done is kick the can down the road.

All we’ve done is form a generation of program participants who will never be at home in the Church itself.

We don’t simply need more programs any more than tomato plants need more sticks to prop them up.

We need better programs. We need to recognize that programs are meant to be the stick that holds up seedlings, not the vine themselves.

We need a vision of ministry that forms Christians with a deep and abiding relationship with Christ in His Church, not mere participants who depend on more and more programs.

For decades, we have crafted ministry programs that make perfect sense without God. Children participate in fun activities and go on exciting trips. They play sports and learn ethnic dances.

(Nevermind that the local YMCA has better sports teams, and there are thousands of summer camps with better ropes courses and arts and crafts.)

And maybe, in order to justify calling our programs “ministry,” we sprinkle a bit of “religion” on top for good measure.

(You can hear the implicit lesson when leaders say, “Let’s pray real quick, and then will get back to the fun stuff.”)

But we have to be honest.

The reality is that the fruit of these programs isn’t a new generation of faithful Christians who are at home in the Church. Our programs are not forming people with robust and resilient prayer lives who are cultivating meaningful relationships with both God and neighbor.

Because our programs aren’t guiding young people into the practices of active Christian life, of ascetically struggling to know Christ in His Church.

Instead, our programs are creating a generation of people who can’t survive without out those programs.

Of people who are completely unable (or even unwilling) to live as Christians in the Church.

Perhaps the ministry we make isn’t as Christ-centered or Kingdom-oriented as we pretend it is. 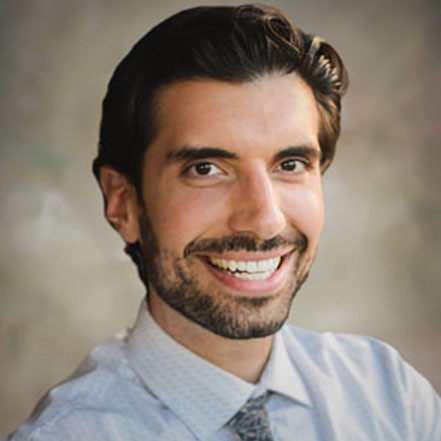 Prepared by the Department of Youth and Young Adult Ministries
Steven Christoforou, Director