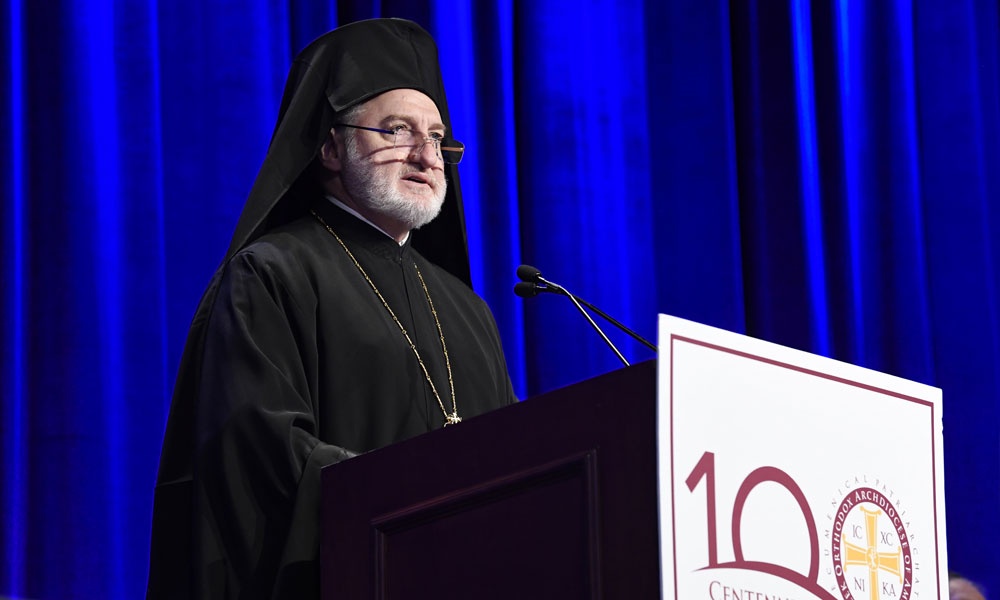 At the close of the 46th Biennial Clergy-Laity Congress today, His Eminence Archbishop Elpidophoros announced his invitation by His All-Holiness Ecumenical Patriarch Bartholomew to participate in the Holy and Great Synod of Constantinople for this upcoming year, beginning in September.

“I am deeply honored by His All Holiness's decision. I am also fully aware that this invitation to participate in the Synod reflects the importance that the Ecumenical Patriarch places on the Greek Orthodox Archdiocese, which is embarking on its second centennial in America, united to the Mother Church,” said the Archbishop.