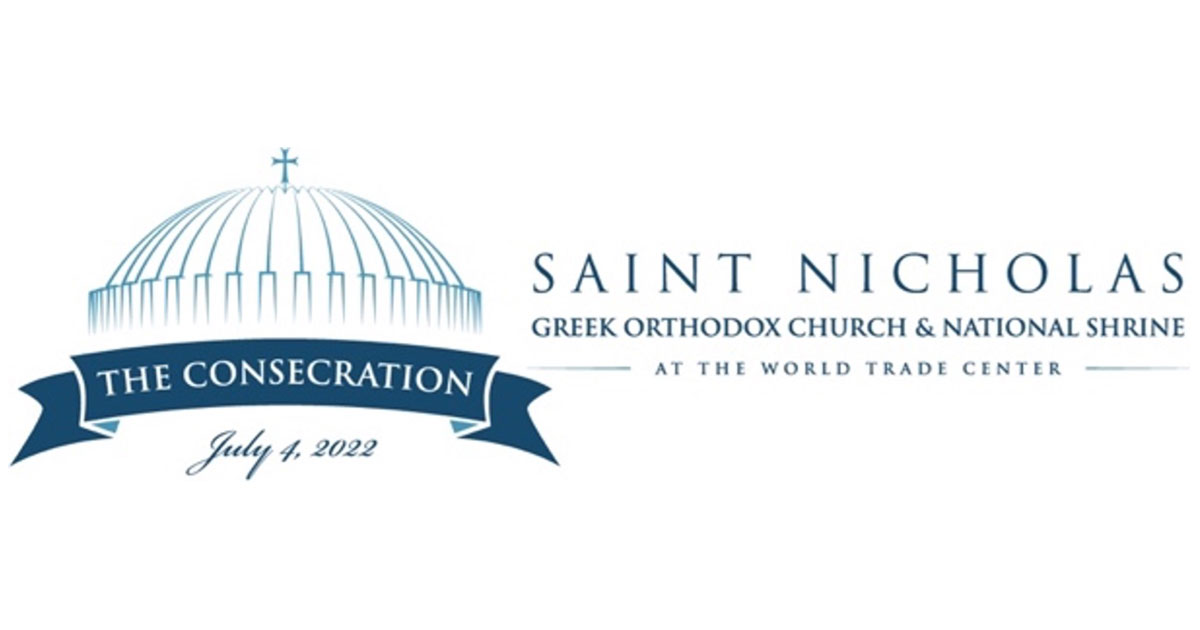 New York, NY – The rebuilt Saint Nicholas Greek Orthodox Church, now a National Shrine, was consecrated in a historic and emotional ancient ceremony that drew over 1,300 participants to the World Trade Center; including representatives of the Ecumenical Patriarchate, the leadership of the Friends of Saint Nicholas, officials of the Port Authority of New York & New Jersey, and Greek Orthodox faithful from around the United States.

The leader of the Greek Orthodox Archdiocese of America, Archbishop Elpidophoros, who presided over the Consecration Service commented, “Today, we consecrate Saint Nicholas as a temple of peace and a house of prayer for all people. We placed the relics of Saint Nicholas in the Altar Table in solidarity with those who were denied their lives and even a decent burial on 9/11. We consecrate this Church and National Shrine to their memory, as a perpetual offering of love and reconciliation.”

Dennis Mehiel, Chairman of the Friends of Saint Nicholas stated, “It has been more than 20 years since we embarked on this journey to rebuild a presence for Christianity on this Sacred Ground. We have had no shortage of challenges, but we are here today bringing to life the vision that has burned so brightly in our imaginations for these two decades.”

Michael Psaros, the current Vice-Chairman and incoming Chairman of the Friends of Saint Nicholas addressed the faithful in attendance by saying, “Long after we are gone, the generations that follow will worship in the National Shrine, humble themselves before the Justinian Cross on its Dome, and take pride in the faith of their predecessors. The generations that follow will enter the National Shrine and be reminded that in the end, faith, peace and love always triumph.”

Port Authority Executive Director Rick Cotton said, “Today’s consecration of St. Nicholas Greek Orthodox Church and National Shrine is an important and symbolic milestone in the reconstruction of the World Trade Center. The Port Authority is proud to have worked with the Archdiocese and Friends of St. Nicholas on this extraordinary project.”

The St. Nicholas Greek Orthodox Church and National Shrine at the World Trade Center will begin a regular worship schedule following the installation of the full iconographic project.