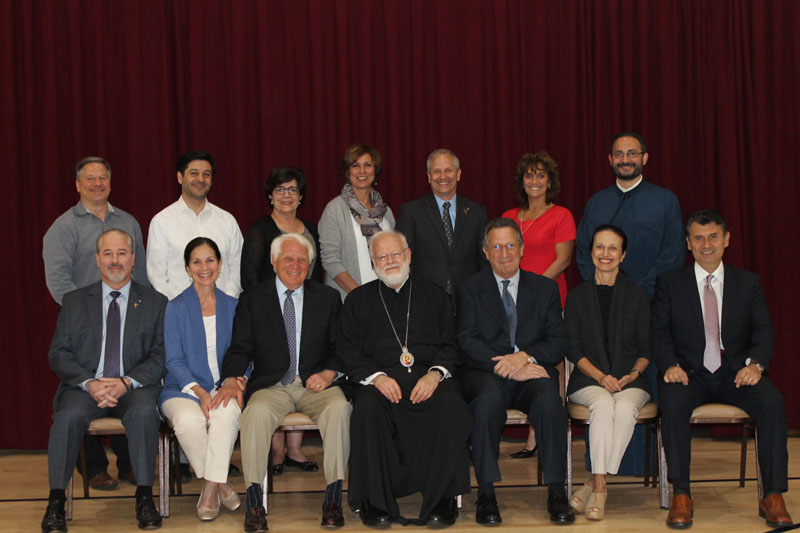 BOSTON, MA — The Host Committee for the 44th Biennial Clergy-Laity Congress of the Greek Orthodox Archdiocese of America (GOAA) continues to prepare for the upcoming gathering of delegates from parishes throughout the United States, which will convene July 1-5, 2018, at the Boston Marriott Copley Place. Concurrently with the Clergy-Laity Congress, the Greek Orthodox Ladies Philoptochos Society will convene its Biennial National Convention in the same venue.

The Congress will begin with the Hierarchal Divine Liturgy, Sunday July 1st at the Greek Orthodox Cathedral of the Annunciation in Boston. The official opening of the Congress will take place the next morning, Monday July 2nd, with the Keynote Address by Archbishop Demetrios.

Agenda items the Host Committee are working on include:

The Clergy-Laity Congress is convened biennially and is concerned with all matters, other than doctrinal or canonical, affecting the life, growth and unity of the Church, the church institutions, finances, administration, educational and philanthropic concerns and her growing role in the religious life of the nation. Other organizations are also holding meetings during the Congress including, the Archdiocesan Presbyters Council, the National Sisterhood of Presbyteres, the Retired Greek Orthodox Clergy of America, the Order of Saint Andrew - Archons of the Ecumenical Patriarchate, and the National Forum of Greek Orthodox Church Musicians.